It was a great privilege to be elected to the ACT Legislative Assembly as the Member for Brindabella in June 2013, and again in October 2016.

Originally from a military family, I have lived in most states and territories in Australia as well as some overseas countries. I arrived in Canberra in 1988 and have lived in the Tuggeranong area ever since.

This is also well and truly home for my husband, Peter, who was born and bred in Canberra. His parents came to Australia from Europe after World War 2 as refugees and were given the option of working on a pineapple farm in Queensland, or in the nation’s capital as kitchen staff and this is where they ended up.

I and my husband have five adult children between us, and we are lucky that most of them live close by with their partners and children. Of my 12 grandchildren, many attend schools and child care in the Tuggeranong area.

I have worked in a range of private, public and third sector organisations, ranging from tax, workplace relations and defence to Medicare, a NASA space tracking station, and as CEO of national peak bodies in the areas of homelessness and disability. I also worked for some years as a management consultant with Deloitte Consulting.

I have served on a number of government, business and community Boards and committees, including a Member of the National People with Disability and Carer Council 2008-13, Member of the ACMA Consumer Consultative Forum 2009-13, National Shelter Council 2010-13, Aussie Deaf Kids Board 2008-10, Tuggeranong Football Club Board 2011 among others.

In the past I have volunteered with the Red Cross as a Telecross volunteer, and am currently a member of the Community Fire Unit Fadden, and volunteer at Ronald McDonald House Canberra.

My interests include Australian Rules football (as a long-suffering St Kilda supporter), playing squash, women’s basketball, cooking, and reading. I am a keen fruit and vegetable gardener, and have eight chickens and a dalmatian, Kenny the Wonder Dog.

What I stand for 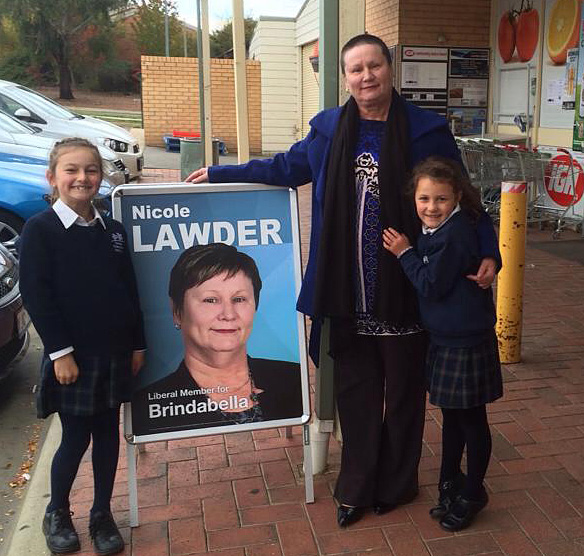 My parents taught me about hard work; living within your means, caring for others, giving back to the community, and that you should never be afraid of trying something new. My parents were also strong believers in education as a way to get ahead in life, and in following this lead I graduated from the ANU with a Bachelor of Arts in Psychology, and later completed a Master of Business (eBusiness and Communication) at Swinburne University.

I want Canberra in the future to be a dynamic, vibrant city, where all of our children and grandchildren will be able to find jobs and create new business opportunities. To have the best possible health care and education system and to have a stable economy and affordable housing with a reasonable cost of living. I want us to have excellent amenities in the built environment while still being responsible caretakers of the beautiful natural environment which surrounds our city.

In working towards this vision for Canberra, I want a Canberra that is accessible and inclusive of everyone. This includes people with a disability, the aged, visitors, migrants, tourists, those on low incomes, those on high incomes, in fact everyone from all walks of life.

I want a city and a territory with a real sense of community and connectedness. I want us to build on our pride in our city and take on bigger and better things, not just as the hub of our region but as our nation’s capital.

This is what I want for Canberra and this is what I will be working towards, to make a difference in Brindabella and in the ACT as a whole.